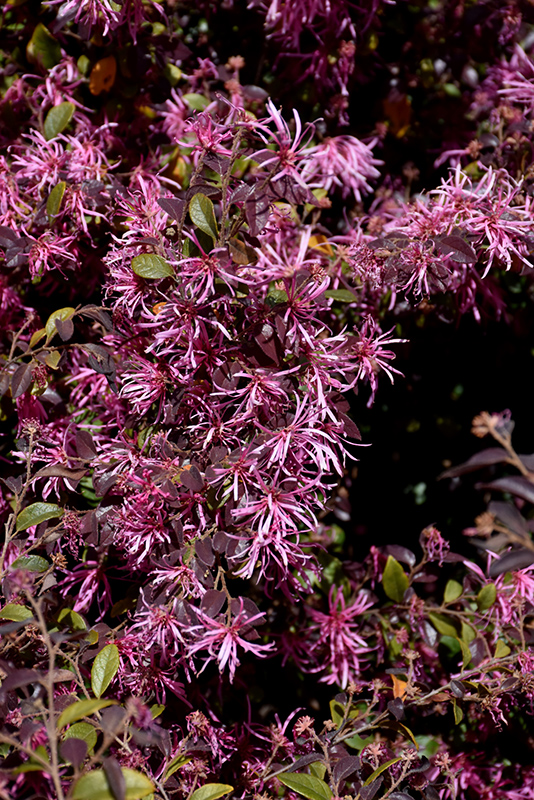 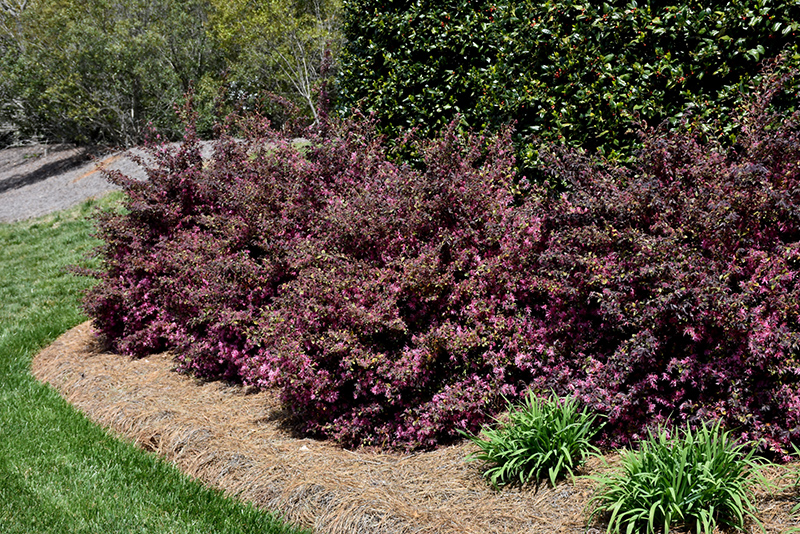 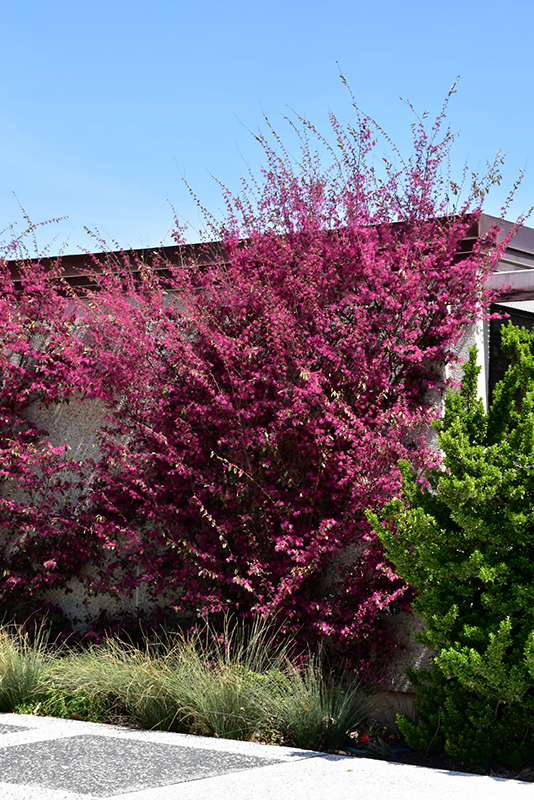 One of the showier early spring-blooming shrubs available, with fine rich magenta-pink strap-like flowers literally smothering the plant, new leaves are rich burgundy and have a purplish-red cast all season; a well-behaved shrub for general garden use

Red-Flowered Chinese Fringeflower is bathed in stunning fragrant fuchsia strap-like flowers along the branches in early spring. It has attractive burgundy-tipped dark green foliage which emerges burgundy in spring. The oval leaves are highly ornamental and remain dark green throughout the winter. The fruit is not ornamentally significant.

Red-Flowered Chinese Fringeflower is a multi-stemmed evergreen shrub with an upright spreading habit of growth. Its relatively fine texture sets it apart from other landscape plants with less refined foliage.

This is a relatively low maintenance shrub, and should only be pruned after flowering to avoid removing any of the current season's flowers. It has no significant negative characteristics.

Red-Flowered Chinese Fringeflower is recommended for the following landscape applications;

Red-Flowered Chinese Fringeflower will grow to be about 8 feet tall at maturity, with a spread of 8 feet. It tends to be a little leggy, with a typical clearance of 1 foot from the ground, and is suitable for planting under power lines. It grows at a fast rate, and under ideal conditions can be expected to live for 40 years or more.

This shrub does best in full sun to partial shade. It prefers to grow in average to moist conditions, and shouldn't be allowed to dry out. It is particular about its soil conditions, with a strong preference for rich, acidic soils. It is somewhat tolerant of urban pollution. Consider applying a thick mulch around the root zone in winter to protect it in exposed locations or colder microclimates. This is a selected variety of a species not originally from North America.