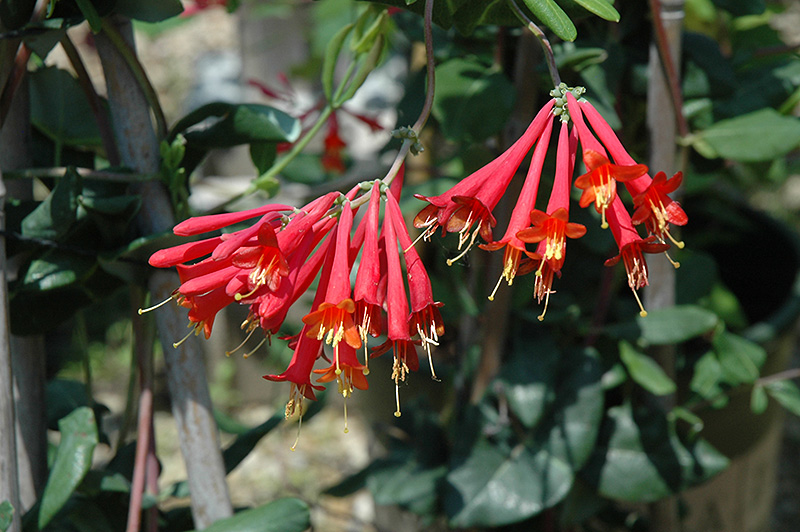 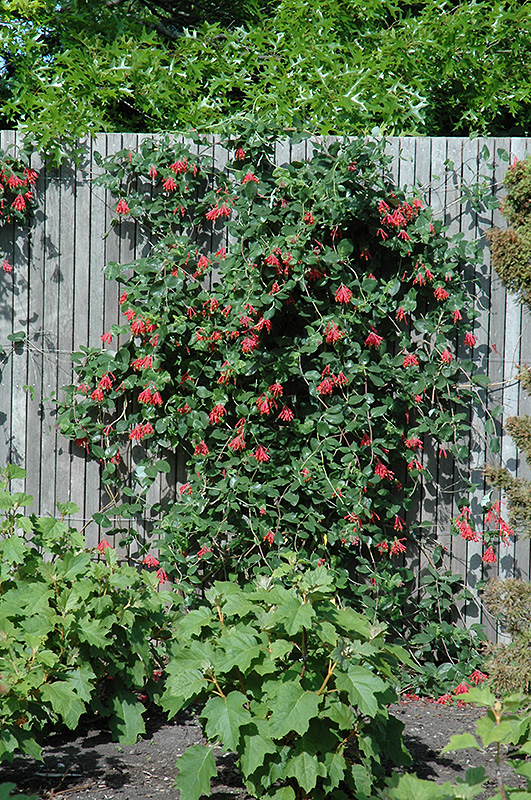 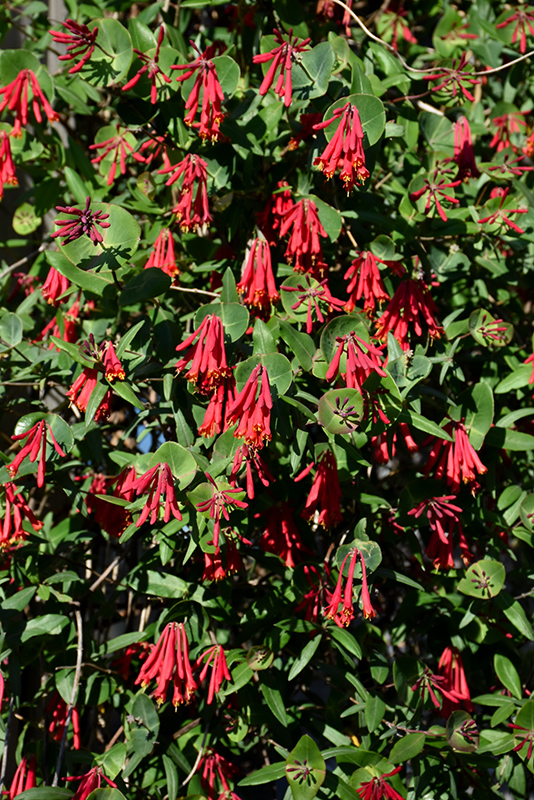 Major Wheeler Coral Honeysuckle features showy clusters of coral-pink trumpet-shaped flowers with orange throats at the ends of the branches from late spring to mid summer. It has green foliage throughout the season. The oval leaves do not develop any appreciable fall color. The fruit is not ornamentally significant.

Major Wheeler Coral Honeysuckle is a multi-stemmed deciduous woody vine with a twining and trailing habit of growth. Its average texture blends into the landscape, but can be balanced by one or two finer or coarser trees or shrubs for an effective composition.

This woody vine will require occasional maintenance and upkeep, and is best pruned in late winter once the threat of extreme cold has passed. It is a good choice for attracting butterflies and hummingbirds to your yard. It has no significant negative characteristics.

Major Wheeler Coral Honeysuckle will grow to be about 10 feet tall at maturity, with a spread of 24 inches. As a climbing vine, it tends to be leggy near the base and should be underplanted with low-growing facer plants. It should be planted near a fence, trellis or other landscape structure where it can be trained to grow upwards on it, or allowed to trail off a retaining wall or slope. It grows at a fast rate, and under ideal conditions can be expected to live for approximately 20 years.

This woody vine should only be grown in full sunlight. It does best in average to evenly moist conditions, but will not tolerate standing water. It is not particular as to soil type or pH. It is somewhat tolerant of urban pollution. Consider applying a thick mulch around the root zone in winter to protect it in exposed locations or colder microclimates. This is a selected variety of a species not originally from North America.